How to Play Any Android Game on PC - AndroidHit.In - Technology for Everyone

How to Play Any Android Game on PC 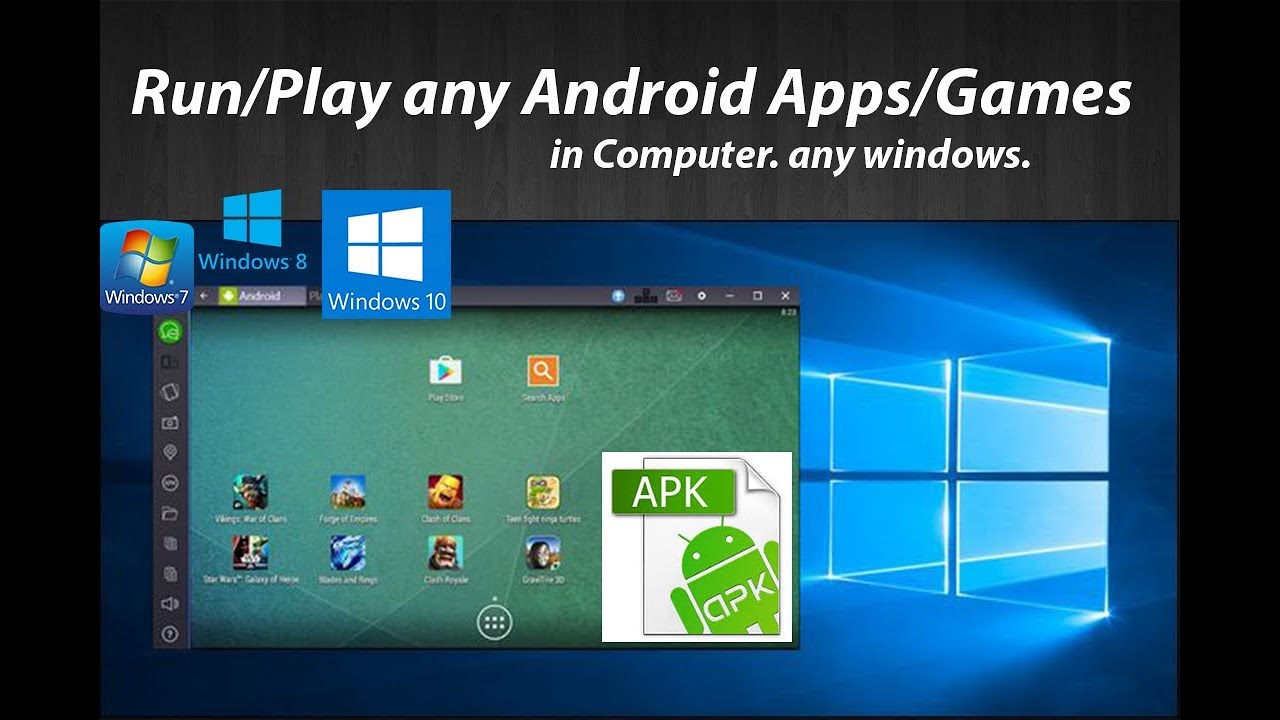 It is not always possible to go with the installation and un-installation processes for checking each and every app on your smart phone or tablet. Better, you find some way to play the Android Games on a Windows PC which have a sufficient memory and space.

Playing Android Games on a Windows PC is not so hard as Intel has decided to launch “Dual OS” PC with Windows 8 and Android platform. This lets you booting your computer directly into the Android system, hence installing the apps or games on your PC. But, you won’t have to buy a new PC only for the purpose of playing a Game. Plenty of Android app emulators are available to run Android Games and Apps in almost all Windows environment.

In this article, we’ve brought 6 various ways to play Android Games on Windows 7, Windows 8 and even on Windows XP. Not only the games but you can also run any Android app at the Windows system.

BlueStacks is a Android emulator which does not actually replace your operating system. Rather, it acts just like another software which is easy to install. Once you install it, you can run BlueStacks into a separate window at your Windows desktop.

The BlueStacks environment is very similar to that of Android. It allows you to connect with Google Play store and install the apps and games at you emulator. If you grab the APK file from your friends device or download it from somewhere else, you can still install that game/app at your computer using BlueStacks. Thus, you can install and play any android game at your Windows computer. This way you can also run WhatsApp on a PC.

Another alternative is the Android SDK, the official emulator for the Android app developers by Google. This tool is not a suitable choice for the daily use as it is slower and difficult to configure. This is actually useful for the developers to test the apps.

If you are willing to go with it, download the Google’s Android SDK and open the SDK manager program. Now, select Tools > Manage AVDs. Here, you can create the Android Virtual Device with your own configuration. Once created, click the ‘Start’ button to launch it.

3. Play Android games on Genymotion, an alternative to BlueStacks

Another Android emulator is Genymotion which is quite impressive with its speed and features. It can be considered as the best alternative of BlueStacks.

It allows drag-and-drop installation of apps and games. You can test any app or game in a big screen. It also supports the sensor system and open GL.

4. Run Android Apps and Games from your Browser

Unlike the above desktop based Android emulators, Manymo which is a browser based emulator does not require any installation or complex configuration to run the Android apps. Just browse this link and upload your app to test. The interesting thing about Manymo is that you can embed any Android app or game at any webpage by using this browser based emulator.


This is a the desktop version of the Android OS which can be run natively in AMD and Intel processors. You can install this version just like you install the Windows or Linux operating systems in your x-86 based computers.

Another interesting thing about Android X-86 is that you can install it on a virtual machine using VMware or Virtual box.

6. Use Live Android to run Android Games on PC


Live Android is another complete OS for Android games and apps which can boot separately in a laptop or desktop computer. As it is an OS, you can also install it in VMware or Virtual Box to test the Android apps and games.

A lot of Android emulators has been available from the past few years but to be frank, they did not have any purpose. The touch screens with Windows 8 and Tablets gave a reason of using them to test various Android games and apps out of almost 750000 in count.

If you want to monetize your Traffic go to Click Here